I am an associate professor is the Department of Physics at the University of Illinois. I have the opportunity to collaborate with many talented and passionate graduate students and postdocs. I am a Blue Waters Professor, a member of the Illinois Quantum Information Science and Technology Center and an affiliate of the NCSA Center for Artificial Intelligence Innovation.

Eli has pioneered a novel inverse approach to condensed matter physics. In the typical approach to condensed matter physics, you start with a Hamiltonian and find the ground state and its properties. Eli has devised a series of methods where you start with a target ground state wave-function or set of symmetries and then deduce the full set of parent Hamiltonians from this set.

Using these methods, Eli has discovered a whole new menagerie of quantum spin liquids by suppplying as the input symmetry the Wilson loop operators of the toric code. These spin-liquids are unusual in their integrability properties. In addition, Eli has developed machinery which can take arbitrary spatial distributions of majorana zero-modes and output parent BDG Hamiltonians for which they are ground states.

Eli has developed a new algorithm to find l-bits in many-body localized systems and used this new technique to show the existence of MBL-like behavior in 2D and 3D Heisenberg models for the first time.

Eli is currently working in the area of quantum computing.

Eli got the Anderson graduate award (for best graduate student at Illinois), a 2017 NSF Grad Fellowship Honorable Mention and one of the departments Scott Anderson Outstanding Graduate Assistant Awards for 2017.

Ryan has developed an algorithm which automatically searches for a (simple) basis which minimizes the effects of the sign-problem in quantum Monte Carlo. He accomplished this in spite of the fact that even evaluating the badness the sign-problem is intractable (because that observable has a sign-problem!)

In another project, Ryan developed an approach for parallelizing DMRG (probably the most important algorithm in physics for which there is no reasonable approach for parallelization). Using this parallel approach, we can solve quantum spin-systems at the same cost but a factor of ten improvement in wall-clock time!

Ryan also used DMRG to disprove the existence of majoranas in a model of pair-density waves.

More recently Ryan has been working in the areas of random tensor networks.

Di has worked in the areas of many-body localization, machine learning, and quantum computing.

In the area of many-body localization, Di has shown one of the first concrete models of a eigenstate phase which goes beyond the many-body localized phase. Concretely, the spin-disordered Hubbard model has both area law and log-law eigenstates.

Gabi works in the area of Tensor Networks

Matrix product states and Slater Determinants are key variational wave-functions. Gabi has developed a novel approach which takes any Slater determinant and generates an infinite matrix-product state for it. Interestingly, this gives the ability to generate the amplitude for a large class of determinants at a cost that is faster then cubic. 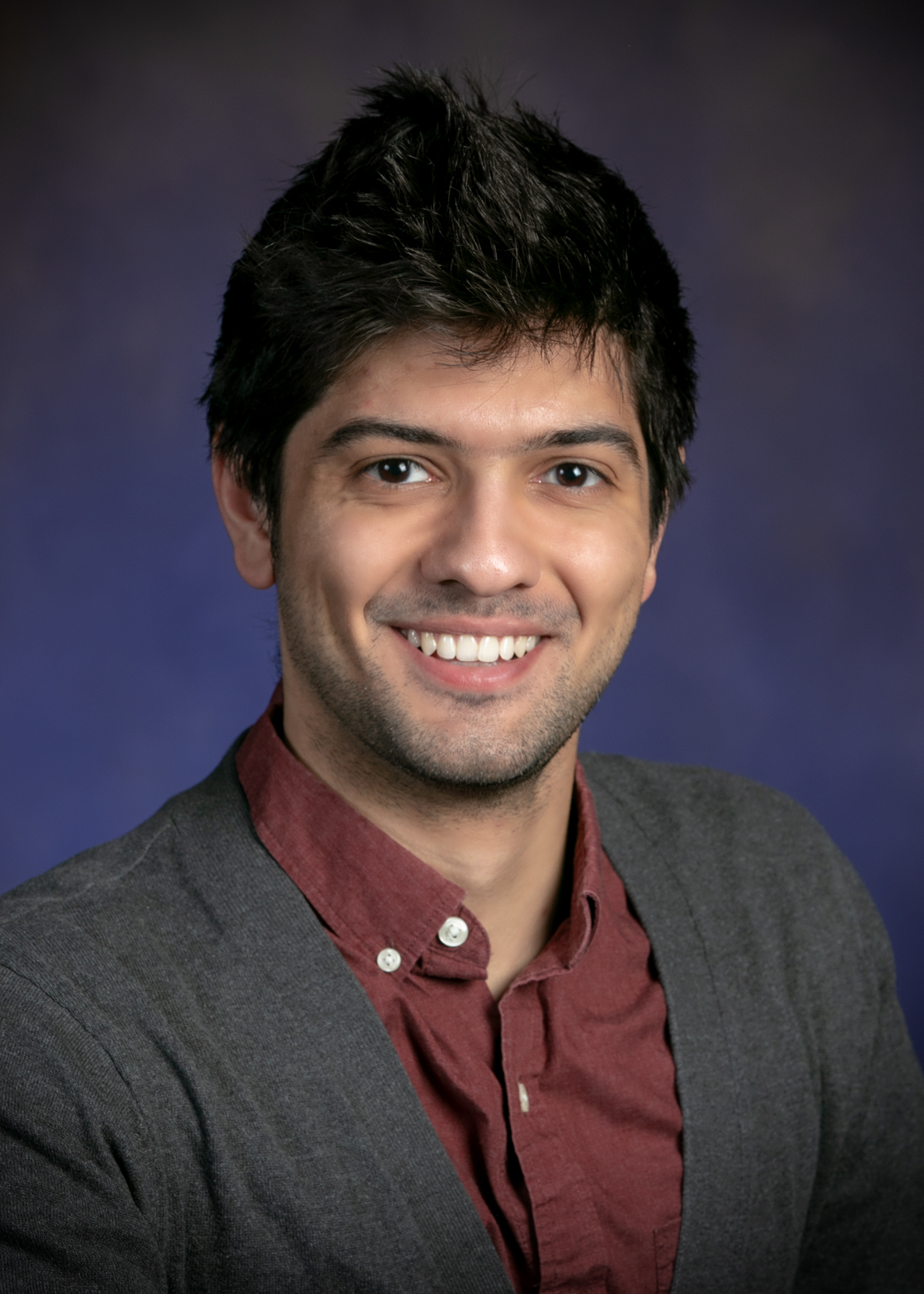 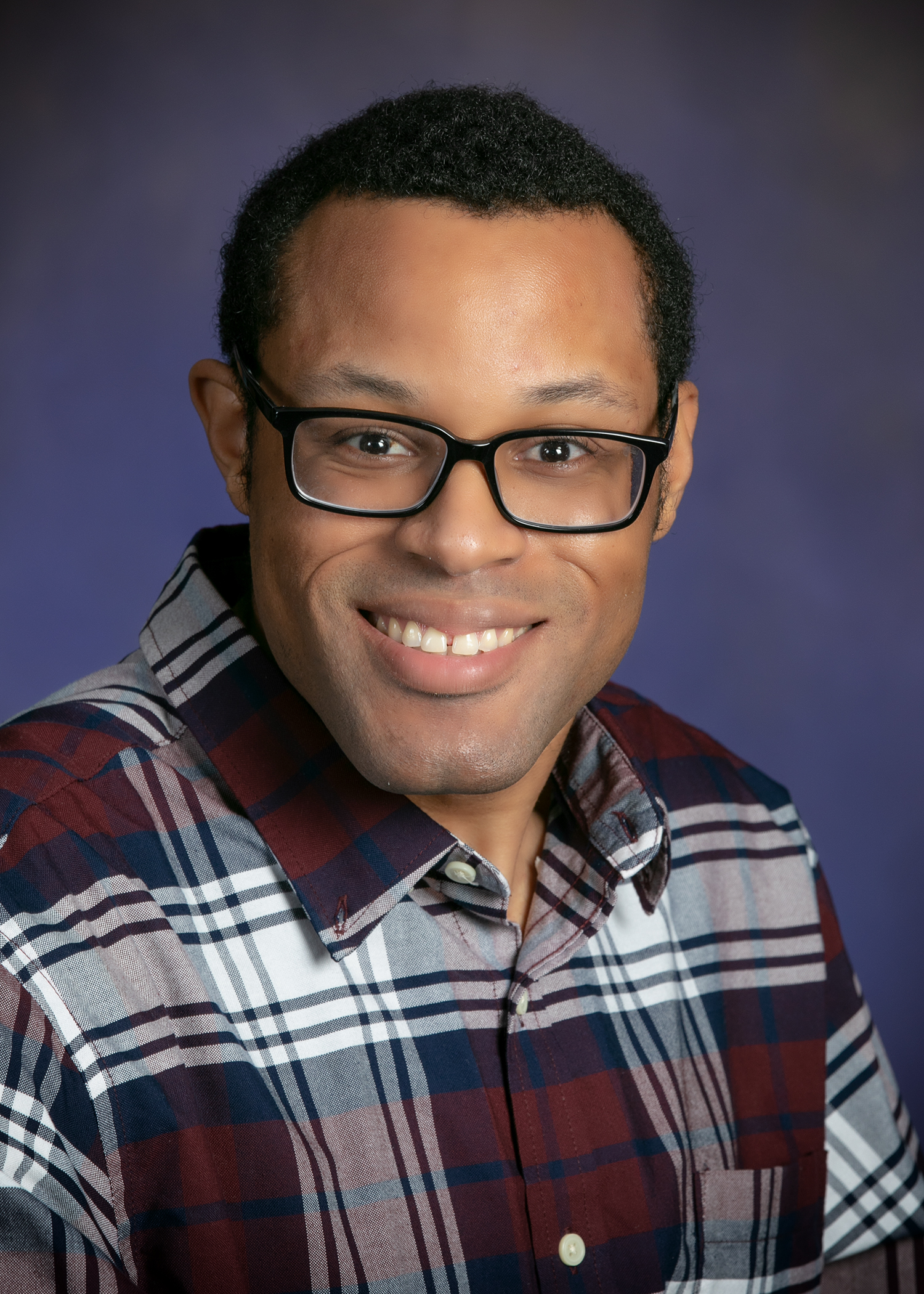 Chad is working on spin-liquids.

Lucas is working on quantum computing

James is working on spin-liquids.

Greg is working on quantum computing and many-body localization.

Benjamin's thesis focused primarily in the area of many-body localization and quantum computing. Benjamin was a coauthor on eight papers during his graduate career.

A key open question in MBL has been understanding the nature of the MBL-ergodic transition and Benjamin's thesis uncovered a number of key properties of the transition. In one work, Benjamin showed that the typical correlations at this transition goes as a stretched exponential (with exponent 1/2), similar to what is seen in random singlet phases. This stretched exponential behavior (with varying exponent) extends into the MBL phase. Benjamin also discovered that (at the transition) the distribution of the (logarithm) of the correlations show universal behavior; every moment of this distribution above the first two have no range dependence.

In another work, Benjamin showed the MBL-ergodic transition is driven by hybridization between pairs of eigenstates which differ by a non-local clusters of spins. The probability to differ by spins which are a range r apart is independent of r giving a very particular range-agnostic character to the transition. This criterion explains the known instability of the ergodic phase at a correlation length of 1/log(2).

Benjamin also showed that the correlation length within the MBL phase goes as log(W/W_c)+log(2). This has been validated both within the context of L=32 MBL eigenstates as well as hybridizing eigenstates.

In addition to these works, Benjamin has been an important contributor in finding evidence for MBL in multiple dimensions as well as developing new variational quantum eigensolvers for quantum computers. Finally, outside of his thesis work, Benjamin interned at Google/NASA and contributed heavily to their experiments on quantum supremacy.

Benjamin has won the physics departments Jordan Asketh Award, which recognizes one of the years outstanding European graduate students.

Benjamin has gone on to Google quantum.

Dmitrii's thesis focused on two majors areas - frustrated magnetism and machine learning - with work on five papers. In addition, Dmitrii developed a number of major research codes including our groups highly parallelized exact diagonalization code which we run on Blue Waters and a GPU based variational Monte Carlo code built on top of tensorflow.

Dmitrii was part of a team that found the "mother" of all phases on the kagome lattice - a simple macroscopically degenerate Hamiltonian which Dmitrii showed is connected to a panoply of phases including the celebrated kagome Heisenberg (KAHF) spin-liquid. He also showed that the KAHF is very close (maybe at) a critical point between the spin liquid and another phase.

Finally, Dmitrii contributed to the analysis of an experimental measurement of a pyrochlore spinel

In the area of machine learning, Dmitrii made a number of key contributions. To begin with, he developed a paradigm, computational graph states for representing any computer program as a variational wave-function. Over the century of the variational approach, ansatz have become more general with more parameters. Computational graph states fulfill this progression as the most general possible ansatz.

Dmitrii's second major `machine learning' contribution was developing a new variational optimization approach, supervised wave-function optimization (SWO) inspired by the ideas of supervised learning. Typically, we optimize in variational Monte Carlo by taking steps which minimize the energy. Instead in SWO,we optimize to target to match the fidelity against an already existing wave-function. This really opens up a whole family of optimization techniques. One technique in this family replicates imaginary time evolution in a more efficient and numerically stable approach.

In the process of this work, Dmitrii tested a large number of new ansatz. While many of them are competitive with the state of the art, one of the most conceptually interesting is the convolution neural net wave-function. It turns out that this wave-function can be trained on one system size ($N=40$) and then naturally generalizes to other system sizes without changing any parameters. This gives essentially a ansatz in the thermodynamic limit in the same spirit as imps and ipeps.

Finally, Dmitrii did a lot of analysis looking at how quickly neural net wave-functions approach the true ground state as you increase the total number of neurons as well as understanding the interaction of the sign structure with this effect.

Dmitrii has won the physics departments Jordan Asketh Award, which recognizes one of the year’s outstanding European graduate students.

Dmitrii has gone on to a Google AI residency.

Xiongjie's thesis focused on many-body localization and Xiongjie was involved in five papers as part of his graduate work (with a few more still coming out). In his published work, Xiongjie made two important methodological developments:

SIMPS: An algorithm which finds the eigenstates in the middle of the spectrum of a many-body localized phase in a matrix-product state representation. This allows access to see eigenstates of size L>64.

Using SIMPS, Xiongjie has shown for large systems that entanglement saturates as a function of system size, that ETH breaks down and how to build many local excitations. In addition, Xiongjie collaborated on a comprehensive work using SIMPS to look at the properties of the one-body density matrix in the mobility edge.

Using CAEE, Xiongjie has found bimodality of entanglement in the MBL critical region as well as identified a universal one-parameter family of curves in this region.

Xiongjie chose to go into industry and now works at Akuna Capital.

As a graduate student at Princeton, Michael was (unofficially) co-advised by myself and David Huse. Since then he has gone on to postdocs with Anatoli Polkovnikov and Anders Saandvik at Boston University and then Joel Moore at UC Berkeley. Most recently, Michael has become faculty at UT Dallas.

Michael is an expert on quantum dynamics and interacting with experimentalists. In his thesis, Michael developed new versions of FCIQMC, including partial-node FCIQMC; showed in what cases the fermion sign problem is affected by moving from first to second quantization; and worked on numerous projects looking at critical scaling in dynamic quantum systems.

Hitesh was a graduate student with Chris Henley at Cornell University and a postdoc with myself, David Ceperley, Lucas Wagner and Shinshei Ryu at UIUC (he is a prolific collaborator). Hitesh then did a postdoc at Johns Hopkins and is currently faculty at Florida State University. He is an expert in, among other things, frustrated magnetism and downfolding.

One project he worked on with me is the development of new methodological approaches for combining quantum Monte Carlo and DMRG. These new approaches allow us to go beyond what can be computed with either method individually.

More recently, Hitesh has discovered a new chiral spin liquid phase in the the 2/3 magnetic plateau on the kagome lattice as well as the existence of a macroscopically degenerate point which likely controls much of the physics on frustrated magnets on lattices of triangles.

David Luitz was a graduate student with Fakher Assad, a postdoc with Fabien Alet and was an ICMT postdoc at University of Illinois. David Luitz is now in Munich as a Marie Skłodowska Curie Fellow. He works on entanglement and many-body localization. In our group he has found bimodality of entanglement in the MBL critical region as well as identified a universal one-parameter family of curves in this region.